During the Book Market Fair in Lisbon (2017) it was possible to interview Paula Hawkins. It was a very exciting experience and a privilege to speak with a writer with such a big success in thriller novels. Her answers were very important to us in order to better understand who is a writer and how life influences their work.

What does being a writer mean to you?

Writing is more a vocation than a profession: I’m lucky enough to be able to earn a living by doing it, but I think I would write – just as I always have written – even if I wasn’t published.  Since childhood I have relished making up stories: it took until I was in my thirties to find the confidence to show those stories to others, but the urge to create fiction has never left me.

Which season of your life do you think had the most influence on your writing?

Possibly my late teens/early twenties, which was the time at which I left Zimbabwe, where I grew up, and moved to London, where I live now. Those years were turbulent, and often lonely – I wrote a great deal at the time. At nineteen, I moved to Paris and lived there for a year. That was the first time I had lived alone, in a foreign city, speaking a language I struggled to master. It was lonely, again, but exciting too.

Is it possible for a writer to create their work without consideration for the feelings of the people around them?

I think perhaps it is possible, though I’m not sure that it should be. Writing is, for me, an exercise in empathy, in understanding others, in being able to place yourself in the position of another and imagine their thoughts and feelings. It would be strange then if while imagining the thoughts and feelings of fictional characters, one were to ignore the feelings of the real people in the society we live in.

Starting a new Partnership! With InKitt

Romance Writing Contest: Win a Publishing Deal and $500USD    Inkitt and The Rebecca Friedman Literary Agency are looking to find the next ‘50  Shades of Grey’!

The pair are running a new romance writing contest from Jan 12 ­ Feb 23, where the  winner gets published and receives $500USD! The judges are best­selling authors  Laurelin Paige and Melody Grace, as well as literary agent Rebecca Friedman herself.  The trio will work closely with the Inkitt analytics team to pick the most engaging stories  of the contest.     The judges are looking for romantic stories that engage the reader, with dynamic  characters, fresh story­lines and any level of heat.  All works over 40k words are  welcome! Find out more below.

● Entries must be posted on the Inkitt contest page to participate

● Stories in the top 10% of the "most voted" and "most popular" categories get the  opportunity to be picked for 1st, 2nd and 3rd places. 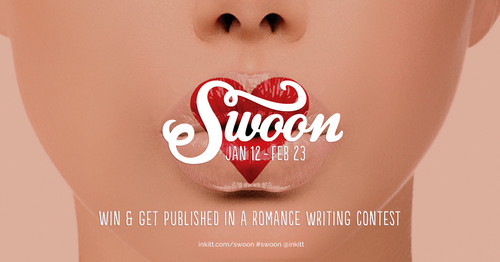 As you are aware, each tale is like a small novel or a small love story. Soon I will post a new tale of my book. It is one of my favourite.. I would say it is "the love story novel".

This is almost a free book online.

See you soon and enjoy the Summer!!