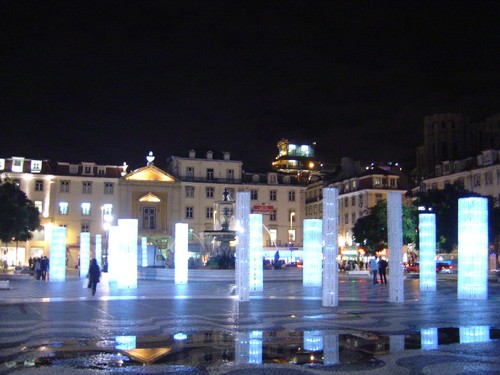 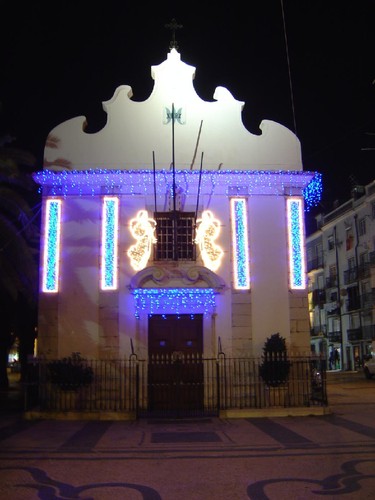 Ghosts in The High Water - Part IV and V

The dazzling light of the headlights didn't let us look in any other direction than that of the beach.
— Look! The boy is over there… if you follow the direction of the restaurant.
And I saw him, but what really took him there?! What was his story, what was impelling him to walking about, apparently without anybody noticing his absence?! This was the question that refrained my breath, almost to the point at which I was totally incapable to restore it. Something made me feel fear. I was having cold shivers of consciousness. I felt my legs freeze. And when I saw him, so far way, almost staring at us, I shook. Was it a trick of my imagination?

— What's going on with you?
You felt me shaking and become alert.
— No, it's nothing, I think you are right, lately I have been too vulnerable to influences.
Much sooner than we expected, we saw my parents car arriving. They were entering in the parking space and immediately whistled to us.
As soon as we entered the car my mother started that talk.
— How could you be so careless to let the car be stolen, and the mobile phone, important documents and even your driving licence?!
All my explanations where scarce and because of that, my mother stared at you through the rear-view mirror, as if blaming you for everything. I held your hand stronger. But that was not sufficient to divert that glance that was so unfair to you. I liked both, but each one in a different way.
We left you at your front door. And I told you:
— See you tomorrow.
With a strong voice, and who knows, a provocative tone. You stared at me as if you were to say goodbye forever, and answered:
— Yes, certainly.
Nevertheless, as soon as we continued our journey, the subject of our conversation changed.
— I don't want you with that girl. She just wants your money!
— That's not true! She likes me for what I AM!
My reaction to the demand of my mother wasn't calm and just left a sepulchral silence everywhere. A submissive restlessness, submerse in mutual misunderstanding. And nevertheless, the only thing that calmed me down was the little things that we had brought from the beach with us: the sand that dripped from my legs and feet and that pure and transparent feeling that just like water, even goes around the hardest rocks…
My father never showed more than restlessness serene and just told me to calm down and listen carefully to what I was being told. But, I lay down thinking about you. And how that beach was special… It brings us starfish from the sea with the high tide. You were their hunter.

After that night, the feeling that took over me was of incomplete joy, because of my mother’s doubts and the problems with the car. The next day, we only spoke on the phone. Nevertheless, everything started to get better when you told me that you had found a job at a hairdresser shop near your home. When I proudly told that to my mother, she looked at me astonished and sceptical.
Evidently, that could not solve our problem, but at least it showed your perseverance. You wouldn't be like the girls that supported violence in marriage, because the husband had money or even a car… This last one couldn't be our situation, because if we hadn't had the lift off our parents, we would have gone home on foot. And not even because that, or for fear of unknown paths, we would have followed separate ways.
With time our confidence became stronger, and that was evident when my mother went to the salon where you were working. The only thing that shadowed our life was the car… or better saying, its absence.
In time we received a phone call from the police... the car had been involved in a failed assault and was abandoned in the middle of nowhere somewhere in the city, almost intact with the documents inside the glove compartment.
— INCREDIBLE!
That was the word that came out of my mouth when I received the news. It was too good and above all… the tank was full of petrol. I wasn't expecting anything: that was like a winning lottery ticket.
That afternoon I went to the nearest police station and got back the car. I examined it carefully, as if unlimited suspicion was a quality. Inside the luggage compartment I found out a leaflet from the High Waters restaurant that we had put there. Beneath one of the seats I found an unopened juice pack and finally your sun glasses, broken on the back seats.
In short, the car made me miss our beach, and it was even more than that, it was a true call that was pulling me out of the city. But… you had to go with me, without you the landscape wouldn't be the same. Everything would feel incomplete, just like a starfish with only four legs and the ocean without waves...
I returned home, driving the car that would take us back again to that beach.

You were different, I felt that whenever I looked in your eyes, and when you waited for me, no matter what had happened that had made me late, I didn’t have to apologise. I also felt that when I looked at you that day and invited you to go to that beach again, you would have eyes humid with joy and wouldn't even choose any direction that wasn't the one that took you back to mine.
Two months had passed since we had been there and far in the past were the times when my mother clearly fought against our relationship. At the end of the day, at sun set, we went for a walk near the water and then, while you were going to the car to pick up the money I stood at the esplanade waiting for you. I sat almost in the corner of the restaurant… only a table was separating me from the corner, unoccupied when I was seated. Soon after a young woman with her hair down sat on that table, and with her face down over her crossed arms started to cry… and with a desperate look on her face glanced at the sea… that movement was enough to see tears in her eyes. The hair, falling down over her white and salmon dress, drew me to her… I couldn't see such sadness. I could not even drink what was in front of me.
When I took a seat near her she felt my presence and stared at me. I also looked to her, but couldn't recognise what I saw, her eyes or the fortress illuminated in the night at the end of the beach. Those eyes, without doubt seemed surreal, transparent and obviously familiar. She wept, looking at me and I stood there without saying one word.
In the meanwhile you arrived... she looked at you, and even before you got closer to me, she vanished. You sat in her place. It was then that I recognised the resemblance... I had to be sick. That wasn't normal. As if this wasn’t enough, the boy from the beach came to us, everything seemed surreal. He came, you saw him too, but not the employee, and when I looked at him again he had already jumped the grating of that porch to the sand straight to the sea.
The employee explained the legend to us in impressive detail: the couple with two sons that died on the beach when were going to pick up starfish, and also the story of the youngest son, a boy that died in the sea when he discovered the truth about what happened to the parents…
— And their descendants are they alive and if so, where?
— I don't know… this is a copy of a portrait from the time, made by a street artist…
He looked at me astonished and I realised why: the resemblance. It was then that I decided to go after the boy, and I started running, following the moonlight reflection on the waves… but, it was too late, the boy had already dove into the darkness of the sea...